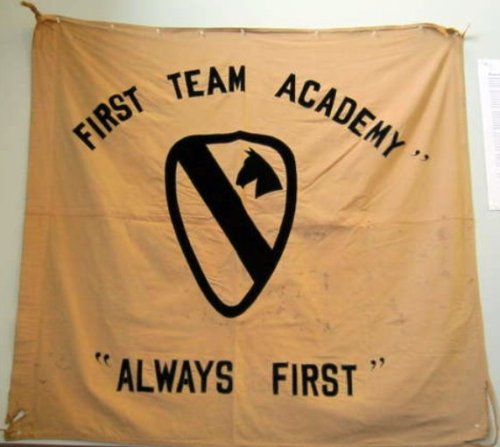 If assigned to an Infantry unit in the 1st Air Cavalry Division, you were given a week of In-Country training before being sent to your new unit. This training was at the First Team Academy in Bien Hoa.

There they issued you a M-16, spent time on the range zeroing the weapons, did some (rappelling, claymores, trip flares, etc.) They also showed us booby traps used by the Viet Cong and discussed the poisonous snakes in the region.

I recall the 45 foot rappelling tower, a little shaky going up that ladder. The first time I tried it, I went down head first. If I knew then, just how much rappelling I would do with C Troop 1/9, I would have made a few more trips up that tower.

With training complete, it was time to head north to Phuoc Vinh, the Headquarters for C Troop 1/9th…