A Combination of Truck Routes and Paths 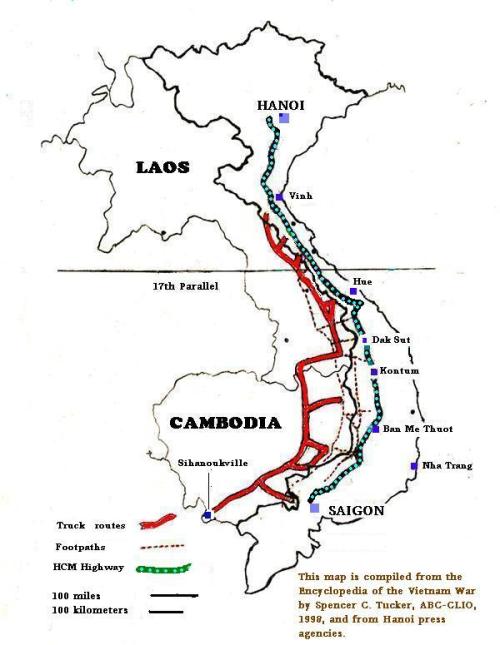 The Ho Chi Minh Trail was a network of roads built from North Vietnam to South Vietnam through the neighboring countries of Laos and Cambodia, to provide logistical support to the Viet Cong and the North Vietnamese Army during the Vietnam War. It was a combination of truck routes and paths for foot and bicycle traffic. The trail was actually a 16,000-kilometer (9,940-mile) web of tracks, roads and waterways.