Below are some photos Chris Bussells (31st HHC) provided of a Bailey bridge project built by the 31st Engineer Battalion over the Song Be River and completed in 1970. Chris worked on the design part of this project as a draftsman.

The original concrete bridge piers had been partially destroyed, and he needed to design formwork and reinforcing for the reconstructed piers. These photos were taken by Chris at the request of the operations officer, who wanted the photos for the unit historian. He had to turn over the negatives, but kept a set of prints for himself. 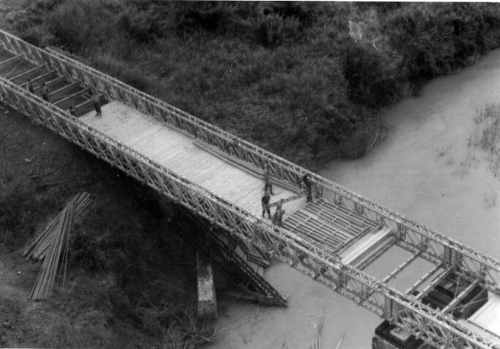 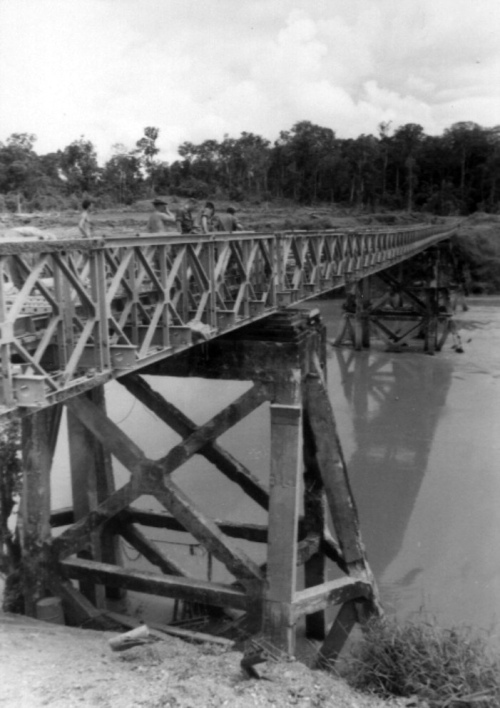 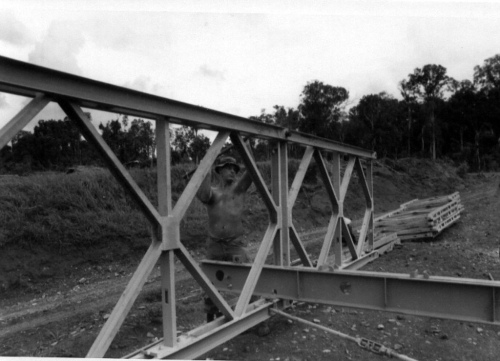 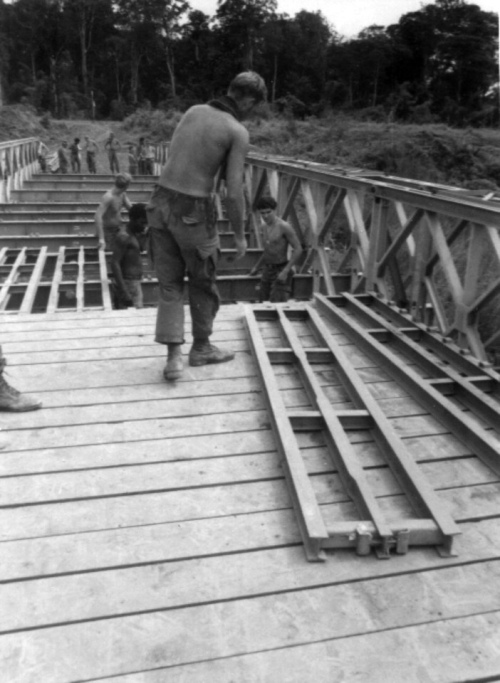 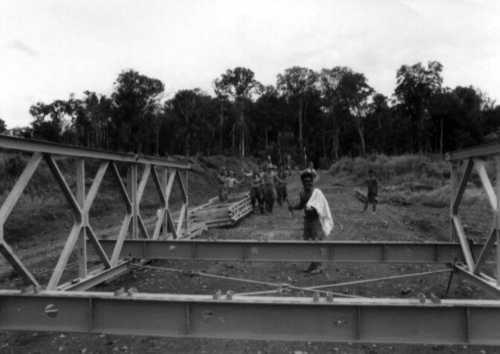 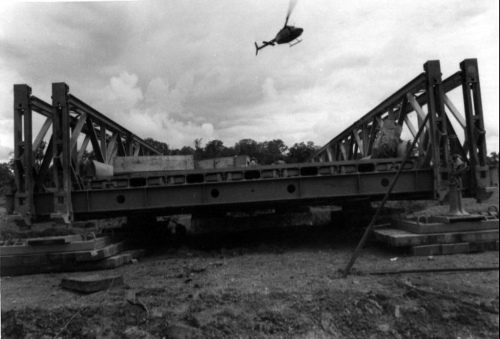 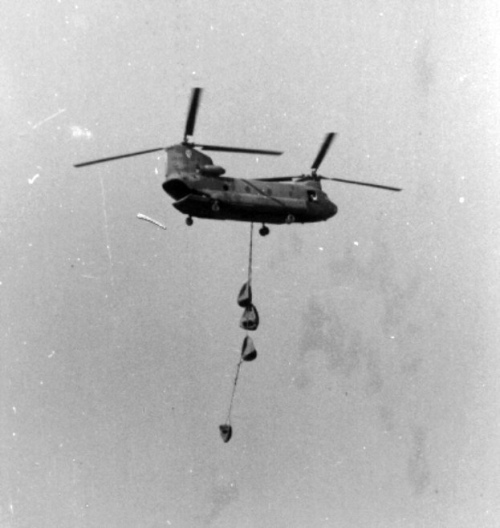 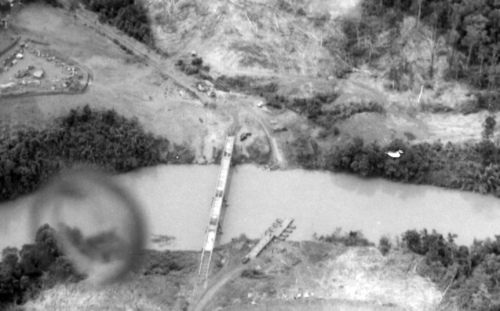 Below are views of an E-48 AVLB (Armored Vehicle Launched Bridge) deploying its bridge in the Central Highlands, 1968.
Photos by Tommy Truong79 Flickr 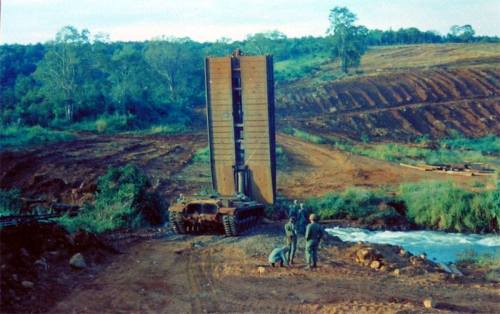 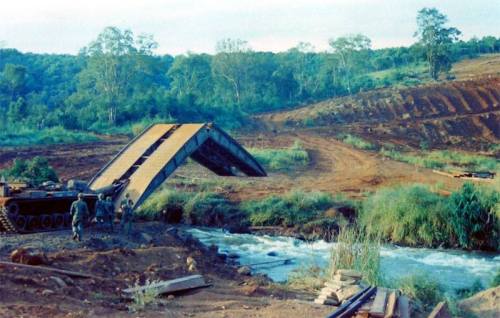 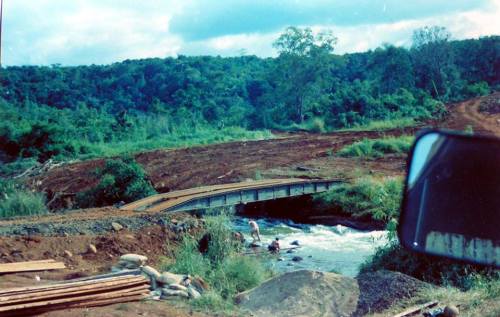 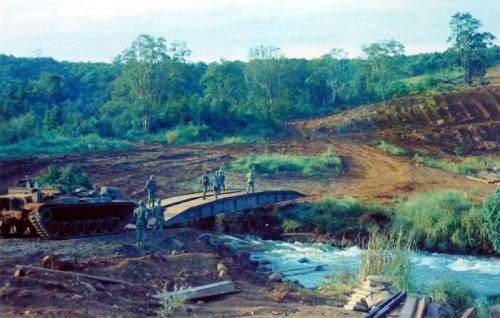