Off to Basic Training

It was called “Little Vietnam” 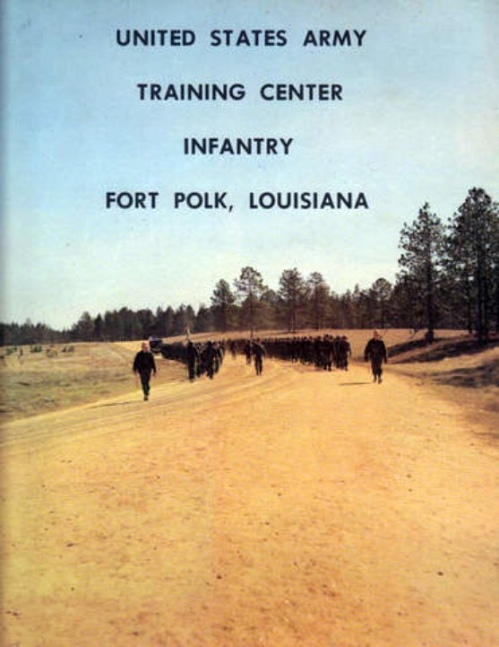 Wouldn’t you know it, of all places, I was sent to Fort Polk, LA for basic training!
I have often said, if I had a choice between another Vietnam tour or Fort Polk, it would be Vietnam.

Our Drill Instructors just returned from the Tet Offensive in Vietnam, and they definitely had an attitude and a message for us. That message was “kill or be killed”. They had just eight weeks to transform us into a “Green Machine” and prepare us for a life changing event, from which many of us would not return.

One of the first things they did was give all of us a haircut. Now I’m not talking about a little trim around the ears, but a 30-second buzz job down to the skin! You’ve got to remember this was the late 60’s and most everyone had long hair, some down to their shoulders. The intent here was to demoralize us and make us all look the same. At that point, we were officially property of Uncle Sam and ready for a good brainwashing.

After the haircut, it was time to be fitted for new clothes. Not much choice here, small, medium or large (Only in Green). We were given a large green duffel bag for our new clothes and other stuff and bussed to our new Company Area.

It was early evening when the buses pulled into the parking lot of the Company Area. We had quite a greeting party. Five or six big guys with Smoky the Bear hats all shouting and calling us names (which I will not repeat here). They got us into formation and began briefing us on what our next eight weeks will be like. It was then the torture began. The Drill Instructor’s name was Brown, and he probably ate rocks for breakfast. He had us grab our 50 pound duffel bags and hold above our heads for a few seconds, then back down. Then back up, then down. This went on for what seemed to be 10 minutes or so and then the unthinkable happened to me. All the contents of my bag were spilling out all over the parking lot. I apparently didn’t have my duffel bag strings cinched tight enough.

This is when my dad’s idea of me going to college didn’t seem like such a bad idea, but too late for that.

Needless to say Drill SGT Brown seen what was happening to me and dismissed everyone else. I knew I was dead meat then! Just him and I in the parking lot with all my stuff sprayed all over the place. As I scrambled to pick up my stuff, he kept shouting and said he had my number. He had everyone’s number. 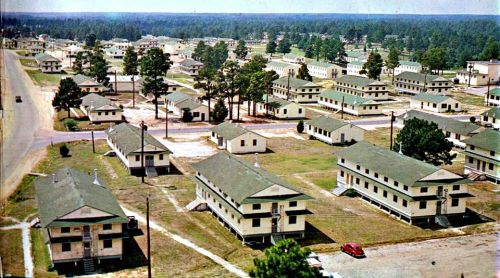 During those next eight weeks, we did a lot of running, push-ups and low crawling. They whipped us into tip top shape both physically and mentally.
The Drill Sergeants kept telling us we had to go to Vietnam and kill this guy named ‘Charlie’. Just who was this ‘Charlie’ guy? I found out all too soon…

3 responses to “Off to Basic Training”