Not to be confused with official markings or insignia, nose art personalizes an aircraft for its crew, because it is the crew members who name the aircraft and create the art, imbuing it with an identity of its own. ‘Nose Art’ is important as an historical and societal indicator over time, an example of folk art or popular expression, and a record of the past. Charlie Troop 1/9th Lift bird Cobra gunship Scout bird Bravo Troop 1/9th Lift bird Bravo Troop Cobra gunship The original Pink Panther nose art was designed by 1st LT Joe Waters (Weapons Platoon) C Troop 1/9th, 1st Cavalry Division

‘Mr Groovy’ of the 11th ACR out of Blackhorse.
Photo by Lloyd Goldston III 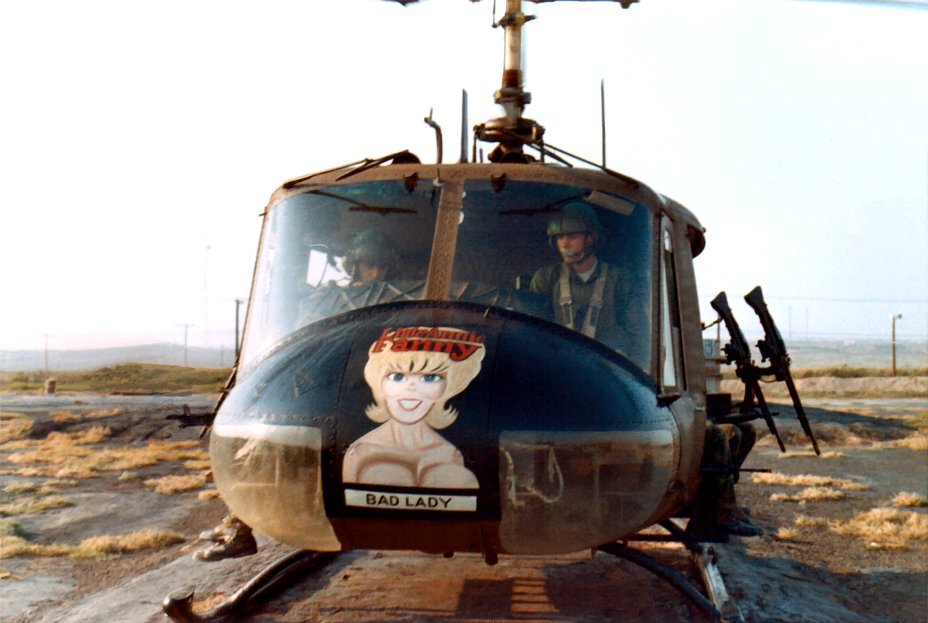