Late at night in March of 1970 our plane landed in Bien Hoa, Vietnam. From there we were bussed to 90th Replacement in Long Binh. It was there I received orders to report to C Troop, 1st Squadron, 9th Cavalry, 1st Air Cavalry Division.

If assigned to the 1st Air Cavalry Division, you were given a week of In-Country training before being sent to your new unit. This training was at the First Team Academy in Bien Hoa.

The 1st Air Cavalry Division entered the Vietnam War 50 years ago in 1965. The division’s colors and unit designations was transferred to the 11th Air Assault Division (Test), then at Ft. Benning, Georgia, in July, 1965. They began deploying to Camp Radcliffe, An Khe, Vietnam. The division perfected new tactics and doctrine for helicopter-borne assaults over the next five years in Vietnam.

The 1st Cavalry Division, popularly known as the “First Team,” was the only American division to fight in all four corps tactical zones. The bulk of the division began departing Vietnam in late April 1970, but the 3rd Brigade remained until June 1972. The 1st Cavalry Division was awarded the Presidential Unit Citation and “First Team” soldiers won 25 Medals of Honor, 120 Distinguished Service Crosses, 2,766 Silver Stars, 2,697 Distinguished Flying Crosses, and 8,408 Bronze Stars for Valor. 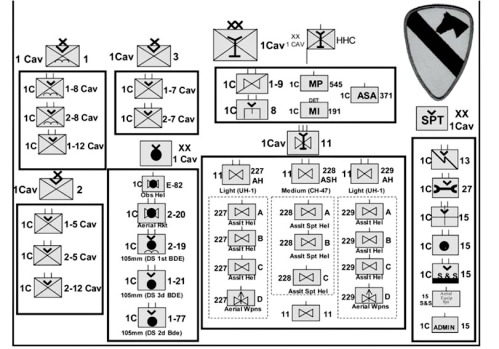 Rebecca and I attended the Charlie Troop 1/9th Blues reunion held at St George Island, FL. in October. It was my first reunion since returning from Vietnam 43 years ago.

The three day event hosted by Pat and Carol was filled with fun, laughter and tears. They started planning the event at least one year in advance and what a great job they did… 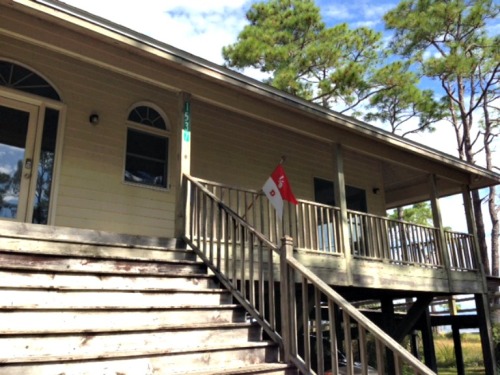 Bieneman CP on Apalachicola Bay for the event-PERFECT! 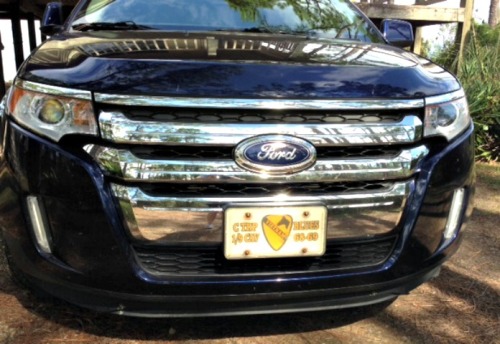 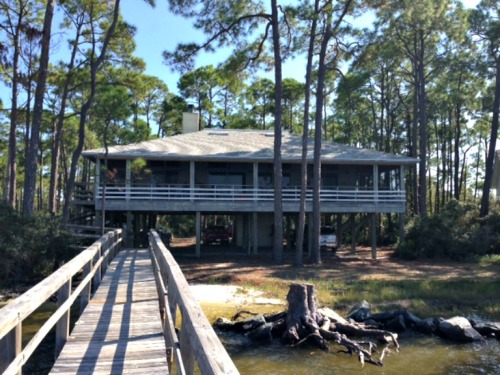 Back porch where many memories were shared. 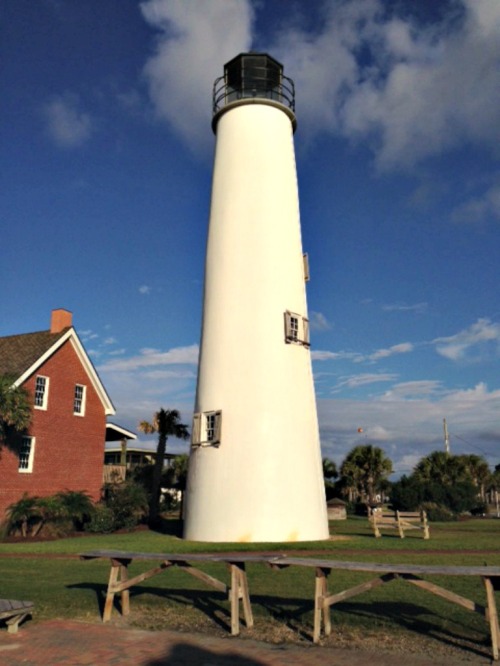 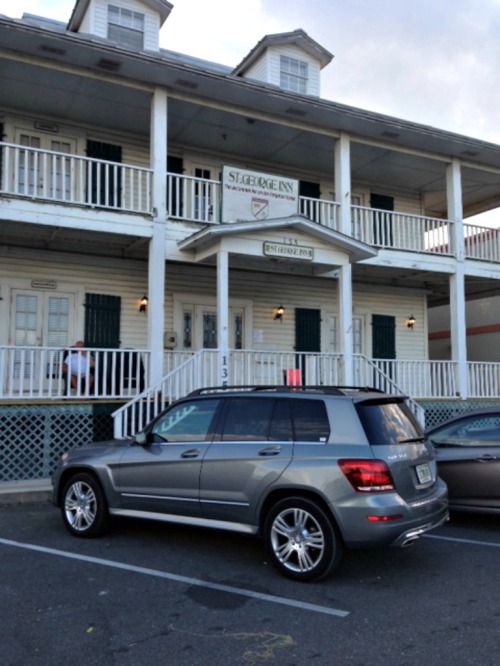 Many of the reunion attendees stayed here. 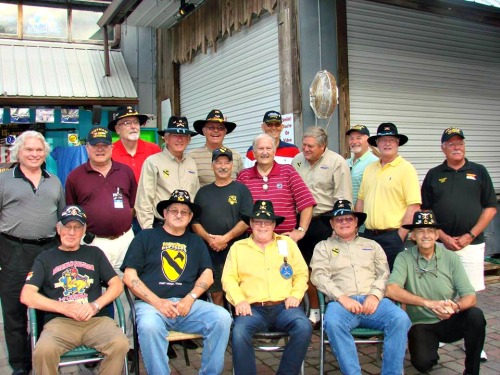 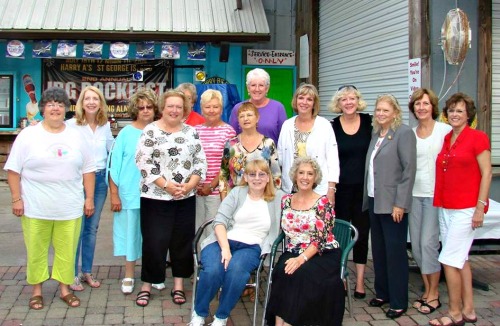 The wives attendance speaks for itself. 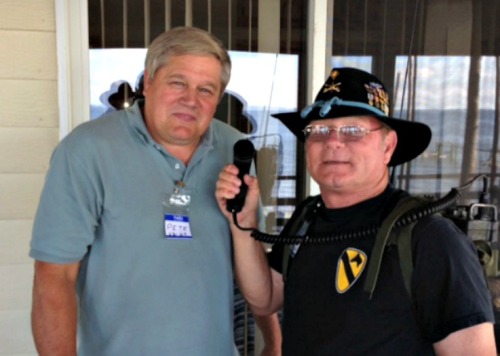 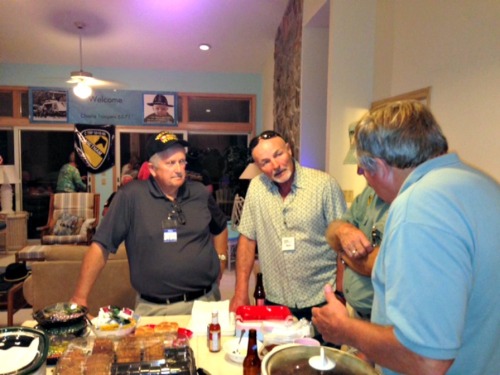 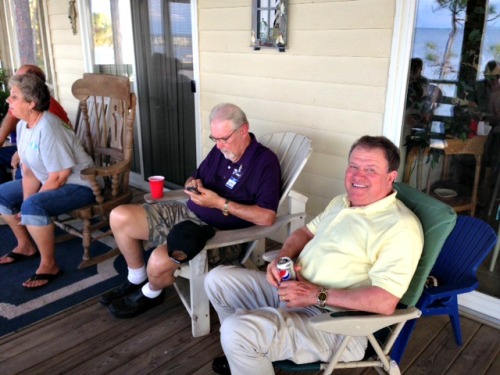 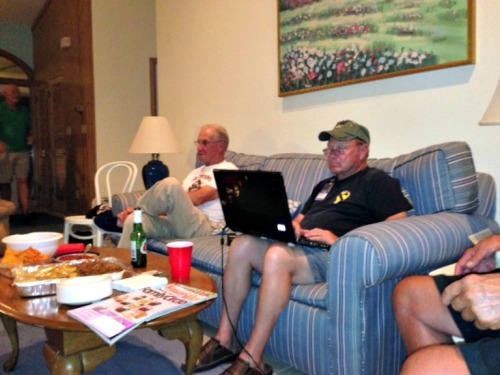 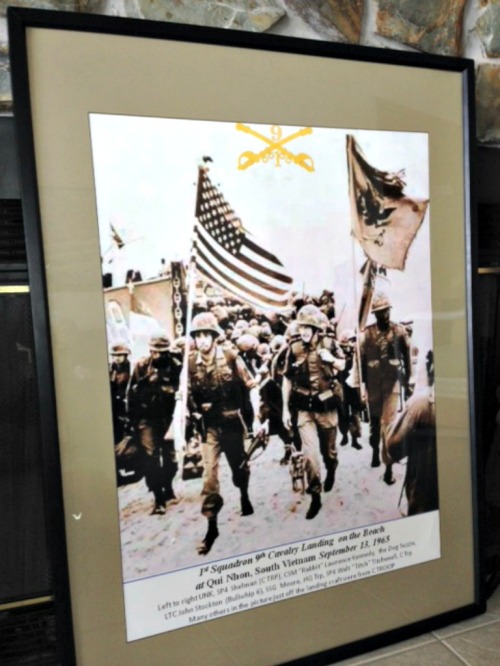 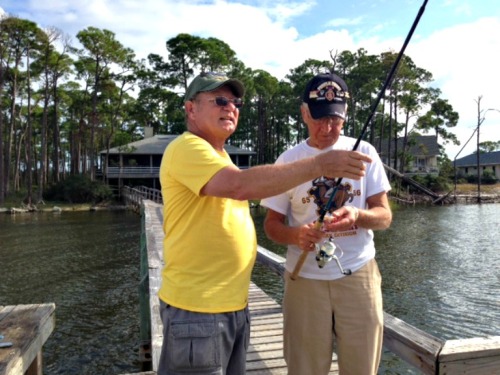 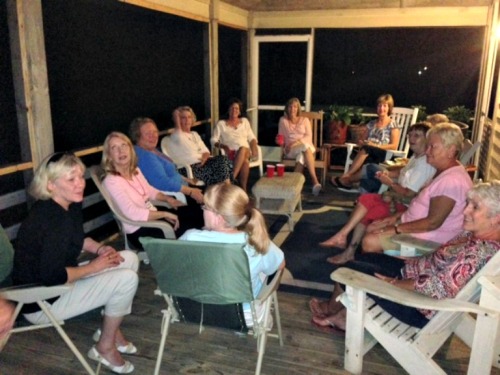 If the decibel level on the porch friday night was any indication of a good time, I’d say the women had a “GREAT TIME!” 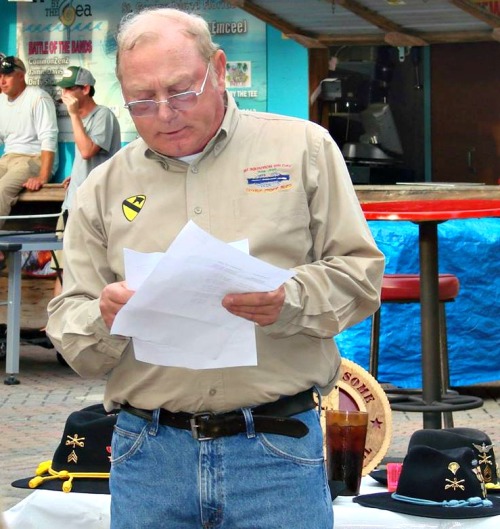 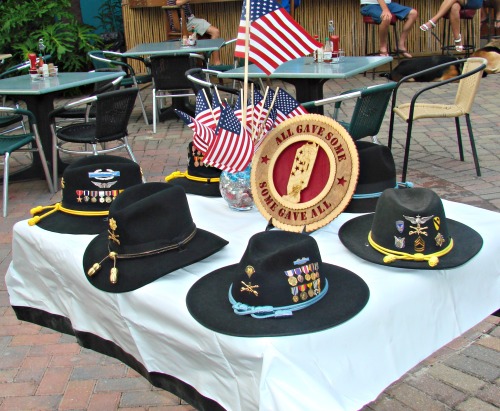 Visit Pat Bieneman’s blog for more photos of this event.

Icing on the Cake!

I sat next to 2010 Hall of Fame inductee, Andre Dawson “The Hawk” Chicago Cubs, 1987-92. We talked baseball on our flight from Tallahassee to Miami.

New Guy got the radio

I was a FNG (f**king new guy) so they put a radio on my back. My call sign was Blue India.

As a RTO (radio telephone operator) I was the only communication between us Blues on the ground and our choppers in the air. It only made sense that the RTO was a prime target in a firefight, so that’s probably why the radio was given to a FNG. I found out a little later that the Blues radio guy (Blue-India) was killed in an ambush in September of 1969.

The most common radio used was the PRC-25. The PRC-25 ran on battery power, and the battery only lasted for one day of continuous use, so I always carried a spare. The PRC-25 had two large knobs, which changed the frequency. The frequency had to be changed often to insure that enemies could not pick up transmissions.

The first time I rappelled from a chopper with a radio on my back, I flipped upside down from being a bit top heavy. After a few more rappelling missions, I finally figured it out…

Tom Criser served in Vietnam from February 1969 through March 1970. He also carried the radio (Blue India) while with the Blues.